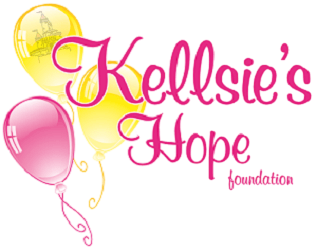 Kellsie woke up one morning, 15 years old, with her whole life ahead of her. But when that day ended, she had been diagnosed with Osteosarcoma. This diagnosis changed her life as she knew it, and put into motion a courageous battle against a relentless disease that eventually took her life.

Kellsie was experiencing leg pain in November of 2005. Initially, the doctors thought it might just be growing pains. When it didn’t improve, the athletic trainer was concerned that she may have a stress fracture, and referred her to an orthopedic surgeon. The surgeon ordered an MRI and the results indicated a mass in her leg. He immediately sent us to Sitemen Cancer Center in St. Louis where another orthopedic surgeon performed a biopsy and scans, confirming that this was osteosarcoma, with the tumor being present in her right leg.

Osteosarcoma is a life threatening, aggressive form of bone cancer, which demanded an aggressive form of treatment. Kellsies’ treatment plan started in February 2006, which included 6 months of chemotherapy, a surgery to replace 4 inches of her shin bone with a metal prosthesis, and then another 6 months of chemotherapy. She was treated at St. Louis Children’s Hospital where she ended up spending more time there, then at home. Kellsie’s life changed dramatically, as she was too sick to attend school and life as she knew it seemed to be going on without her. She was a Varsity member of the Collinsville High School dance team and was told she would never dance again. Her life was now about chemo treatments, blood counts and watching her hair fall out. She would start feeling better after a treatment, only to start the whole cycle all over again.

In January 2007, Kellsie was “Cancer Free!” She quickly started to regain control of her life. She returned to school and the dance team, after being told she would never dance again. The team competed in the state competition, and won first place in Pom-Dance. She received the Rising Star Award, which is presented to a dancer with outstanding showmanship, who performs with a quality that shines above the rest. She enrolled in Health Occupation classes, where she began to pursue her love for nursing. She wanted to give back by pursuing a career in nursing. Kellsie also met the love of her life that year, Joey.

The next 3 years were amazing for Kellsie. She overcame a life threatening disease, volunteered as a guest speaker for groups such as Make-a-Wish, Friends of Kids with Cancer, and H.I.S. Kids. She enrolled at Southwestern Illinois College, was employed at Target, and was continuing a long distance relationship with her boyfriend Joey Silhavy who was attending college in Rolla, Mo.

Kellsie’s Fairy Tale began in May 2008, when she was promised to Joey in front of Cinderella’s Castle in Walt Disney World. This magical journey continued when Kellsie and Joey vacationed with the Silhavy family to Disney. Joey had asked our permission to marry Kellsie. We were invited to come to Disney World, where he planned to propose to Kellsie during a special dinner in Cinderella’s Castle. Kellsie didn’t know that we were there the whole week until that very special night after Joey proposed. She walked down the spiral staircase and was surprised to be greeted by our family and Joey’s family. It was truly a Magical Moment!

In May 2010, tragedy struck Kellsie for the second time. A chest x-ray indicated that the osteosarcoma had metastasized to her right lung. Kellsie underwent another surgery in June where two thirds of her left lung was removed. The great news was she did not have to go through chemotherapy. She bounced back from surgery in a few weeks’ time and was able enjoy a family vacation to Cape May, New Jersey. With only 1/3 of her right lung and in a short time after surgery, she was able to climb 199 steps to the top of a lighthouse, swim in some of the strongest waves, ride the fastest rides on the pier and walk up and down the beach every day. When we returned from our trip, she unpacked and packed up again to head to Disney World with the Silhavy family where she enjoyed more days of early mornings, late evenings, water parks, fireworks, shows and rides. Disney was Kellsie’s Happiest Place on Earth!

In August, Joey returned to school in Rolla. Kellsie began taking classes at Goldfarb School of Nursing and making plans for their Disney wedding. She was only in school for only a month, when she began feeling discomfort in her shoulder, experienced wheezing and difficulty breathing. What we thought couldn’t happen for a third time…did happen. On October 12, 2010, the osteosarcoma returned to the remaining part of her right lung and the tumor was pressing against her heart. She immediately was admitted to ICU at Children’s Hospital. We were told that the positioning of the tumor, made it too risky for surgery. Within the next few days Kellsie was back into a Radiation and Chemotherapy treatment plan, to try and shrink the tumor. Kellsie tried to stay positive and kept her spirits up. She and Joey had their engagement pictures taken that weekend. She was always looking toward the future and never giving up hope that she would have her Sept 2011 “Princess Wedding”.

Throughout the next year, Kellsie spent a lot of time in the hospital and traveling back and forth as an outpatient to receive chemotherapy and radiation treatments. The radiation side effects to her esophagus, made it very difficult to swallow. With all this happening to her frail body, Kellsie kept fighting, remaining hopeful and determined that she was going to beat this disease. She was able to come home for Christmas and spent it with her family. She had received a weekend trip to Chicago from Friends of Kids with Cancer and was able to make the trip in January. Friends, faculty and families at St. John Neumann School, blessed our family with a Disney Vacation. Our family, including Joey, made the trip to Orlando in April, for what we didn’t know at the time, would be our last family vacation together.

Kellsie was a remarkable young woman who infused all those around her with her heartwarming smile and sparkling personality. Her bravery and determination were inspirational. Her faith was unyielding. Facing cancer for the third time in her young life, Kellsie immediately turned her attention to helping others. Kellsie finally lost her battle with cancer on June 8th, 2011, but her spirit was never defeated.